Out with the Old, In with the New

Whew. Do you remember those dreams and agonies that I wrote about a while back? Well...it turns out that dreams come true (I always knew they had to, if they were dreamt hard enough).

I had an epiphany one morning last year. The May sunlight was reaching through trees, past buildings. It was lighting me up in a way that I didn't recognise; in a really beautiful way. And then it hit me: everything I was looking for was tied up in one idea, one possibility. That day, I began pursuing the idea, to make real what it was I had been dreaming about unknowingly. It started as a tiny butterfly egg, and then became a larvae. Little by little the dream grew and grew, became more and more real, until the very possibility (and the intrinsic likelihood) of it not happening physically hurt.

Last month the butterfly appeared from nowhere. I wasn't expecting it, which is always the way with these things, but as is also the way, I needed it more than ever. I hadn't slept properly for weeks, I was headachey and sickly all the time, feeling down and despairing about everything. Nothing I did changed anything, and the spiral was making me dizzy, pleading with me to just give up.

An email appeared in my inbox one Friday afternoon (incidentally, the Friday before we got engaged), and I knew that was it: my fate was sealed, and I had to go forth and accept it. The words 'I am pleased to let you know that...' didn't read straight in my head. I read again and again before realising what it all meant. Dreams do come true, I have the proof.

So now life is completely different. Because in a few months I'll be going back to university, not to sit in lectures and complete hours of exercises, but to sit at my own desk, pursue my own line of research, and teach my own(ish) classes. I'll get to write, to think, to read and to discuss. To keep learning, keep exploring the cave that is my brain, to see what else it can understand, and what else completely fails it. I hope, with every cell in my body, to pursue a life of thinking and writing. To open my mind and in turn prompt others to open theirs. To argue and be rejected, to face criticisms and find like-minded folk to thrive with. I'm heading out to get a PhD, to become a doctor in my own right, and to enjoy the ancient world of academia that, despite its current issues and problems, seems to be on my side.


As a result of this, I found the strength to quit the job that was bringing me down. To leave the headaches and the nausea behind for someone else more tolerant than me, and to start enjoying the things that I can offer to others. I'm working freelance for a little while, tutoring, editing, officing with my Mum. And then I get to step back into the only world where I've ever felt right, and that's awesome. 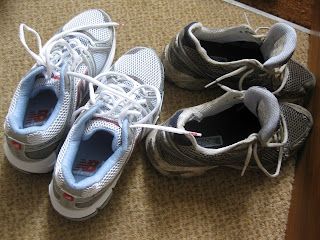 Since I have more time to write, I've also decided to start up a new blog on running and nutrition - Running, Naturally. Head on over there to find a recipe for these delicious muesli and banana flapjacks. They don't even contain butter! 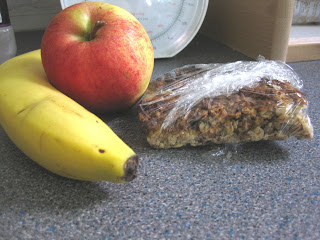