I am back from a busy trip to London, feeling excitable and windswept!

We went down on the train on Tuesday night, packed up with sweets and peanut butter sandwiches for our journey. Our destination was Camden Roundhouse for a Midlake gig, and our choice to walk to the venue from Kings Cross was a good one - people were hurrying home after work, streets were being packed away and tidied, and the atmosphere was one which I imagine visitors such as myself don't get to see too often. I've only been to London a couple of times, and London after dark is something I hadn't previously witnessed; rather than being scary and immersed in shadows (as I had imagined!), it was vibrant and exciting - a great warm-up for a gig atmosphere.

The gig was amazing. I could write a whole post on the magic of the flute, the rustic yet perfect sound and the intensity of the solos. If you don't know Midlake, then have a listen on their site. After each song, applause died down to silence as we anticipated the next number - something you don't often witness in gigs! During one of those silences once member of the audience shouted 'What a band...what a band', and we were all with him on that. I'm still revelling three days later!

Tube strikes hindered our return to Daniel's parents slightly, but I slumped into bed with the whole Midlake back-catalogue running through my head, and didn't rise until gone eleven the next morning (incredibly unlike me, I must say). The late start felt like such a luxury on a Wednesday, so rather than rushing out to the Victoria and Albert Museum as we had planned, we slomped around in our pyjamas and ate porridge, of course.

We arrived in London in the early afternoon, and found it buzzing with Spanish tourists. The Tube lines that were open were packed to the brim, and as I stood with my chin practically resting on another commuter's head, I decided there and then that London is not for me. However, one foot onto Old Bond Street and I became a maddening tourist myself - I was totally captivated by the grandeur of the place; grandeur but without pretention or even snobbery. 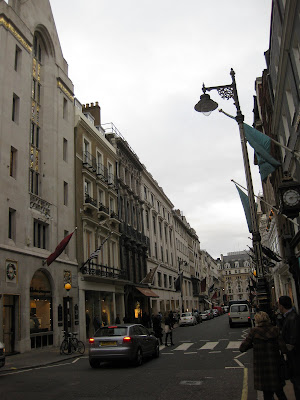 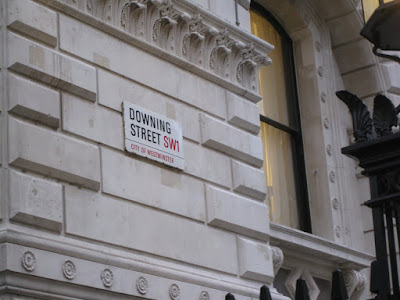 Since I have only been to London on flying visits (once to attend a protest and once to meet an old friend in a pub), the only way to see everything I wanted to see was to walk and walk and walk. And my word, did we walk! Down Old Bond Street past Buckingham Palace, then over to Westminster where we recited Wordsworth and revelled in the atmosphere, which was almost like a party! 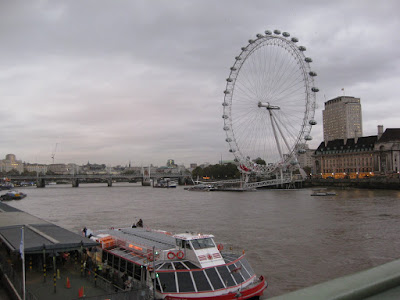 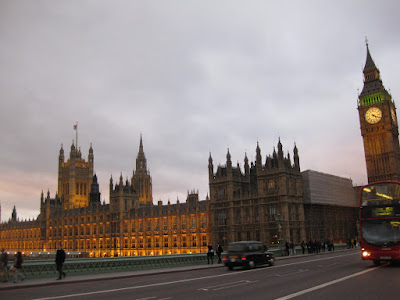 At this point dusk was settling in, making everything squinty and brightening the lights to give a sort of neon effect. We were headed down South Bank, which I have heard so much about, and I was not dissappointed! There was some sort of shift in the atmosphere, and everyone we passed was smiling or laughing, as if delighting in the location and the beauty of the dark and the light. Here the old and grand mixed with the modern and brash; I was captivated, I couldn't stop laughing myself, and I had no idea why! 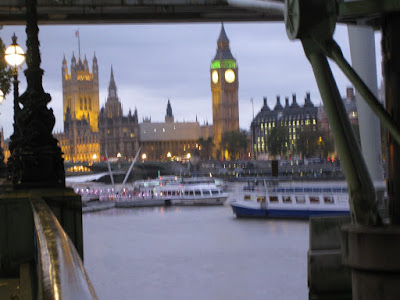 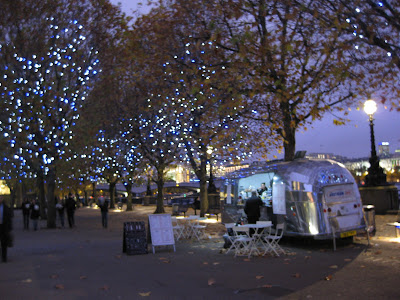 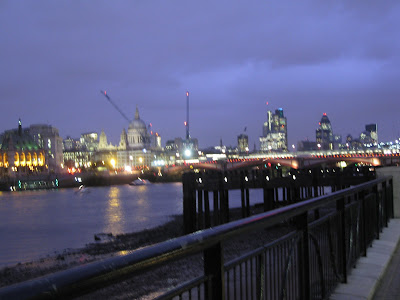 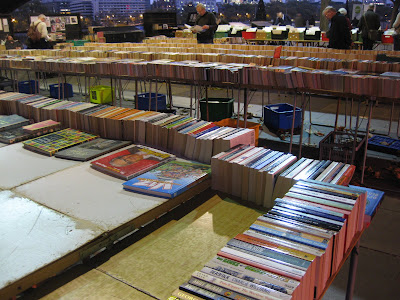 Everyone was rushing back from work, runners were weaving through the crowds, bars were filling as offices were emptying. The city seemed to explode suddenly, and we were right in the centre of it, looking on with open mouths and generally standing in the way. London isn't for me, I didn't change my mind about it the whole day, but I did fall in love with it completely. I can't wait to go back, this time for a more cultural fill, starting at the home of one of my heroes, Mr Samuel Johnson, whose house on Gough Square (just off Fleet Street) marked the end of our mammoth walking tour of London. 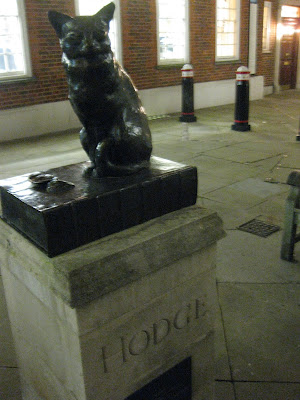