The trees are coming into leaf
Like something almost being said;
The recent buds relax and spread,
Their greenness is a kind of grief. 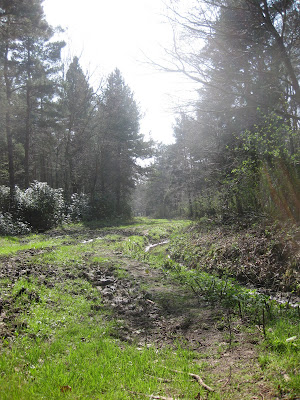 Is it that they are born again
And we grow old? No, they die too,
Their yearly trick of looking new
Is written down in rings of grain. 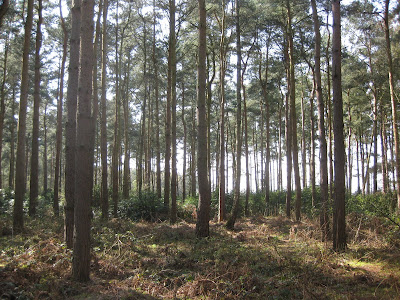 Yet still the unresting castles thresh
In fullgrown thickness every May.
Last year is dead, they seem to say,
Begin afresh, afresh, afresh.
Philip Larkin - The Trees 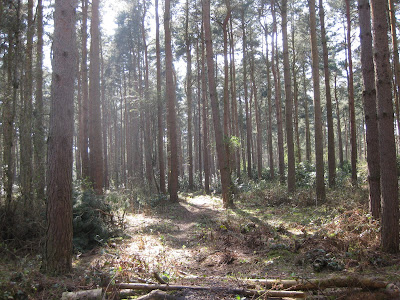 I was hoping for a relaxing weekend involving nothing much at all. It started out that way: on Friday evening we sat a while in the park, people watching and talking all kinds of conversation. We stayed out, sitting in the evening sun, taking in a world more alive than I remember it ever being before, until our cardigans became too thin and even our shared body heat wasn't enough to keep the cold away.
There was no need to rush; the whole weekend lay ahead and I was happy to wait for it. Homemade chips slowly crisping in the oven and a huge pan of chilli simmering on the hob, pints of beer, pretzels and a vivid sci-fi film from the 80s made for a slow, indulgent Friday night.

Saturday, however, the plan for unbridled lazing collapsed impressivley as we lifted the blinds to startlingly bright sunshine. We promptly packed a picnic, assembled our cycling gear, and headed out on the Scarborough road to explore Hagg Wood. We first visited Hagg Wood back in November, when we took part in a conservation project clearning rhododendrons. It was exciting to go back now the wood was coming back to life after the long winter, and though there wasn't a bluebell in sight, there was plenty of spring life to be enjoyed, and we spotted so many pretty butterflies and the occasional wildlfower. 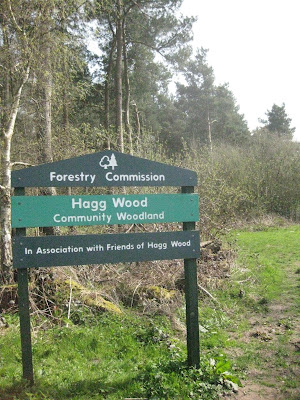 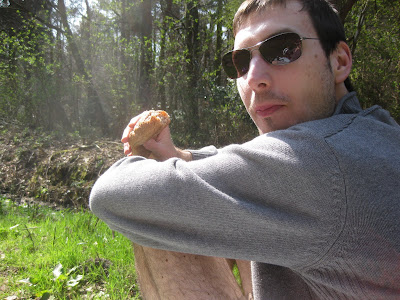 We sat in a clearing in the sun for our picnic and soaked in the atmosphere. Light peeped around the trees and the world was still but for an occasional breeze sending the trees swishing. We explored the wood after lunch, and I am now covered in bramble scratches as a token of our sunny adventures. 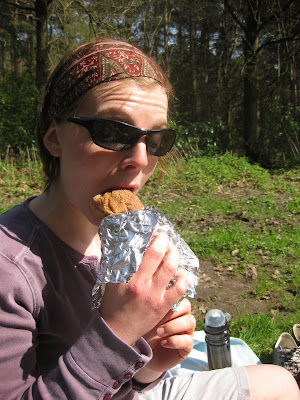 We were sweaty and covered in dirt and oil after a day of countryside adventure, so after a VERY quick turnaround when we arrived home, we decided to head out into York to a restaurant. I'm not one for spontenaiety, but I couldn't help but say YES PLEASE when Daniel suggested taking us out; I was tired out from the cycling and didn't want to cook! We went to my favourite vegan tapas restaurant and dined in a sunny corner, sharing bhajis and falafel and corn fritters - YUM. Then, we went to the theatre to see The Seagull by Checkov, which was a real treat. I've never been much of a theatre-goer, and it still feels so special to dress up and sit there so excitedly, munching on Werther's Originals in the shadows while the drama unfolds under the spotlight. I have a love for Russian literature of all ages, but had never read or seen anything by Checkov. I highly recommend The Seagull to anyone who loves Tolstoy or Dostoevsky, and vice versa! It's probably quite an easy route into the genre; it was lighthearted enough to provoke occasional laughter, yet still quite dark and dramatic.

Though there was no laziness to be found, the spontenaiety of our Saturday and the joy of living totally 'in the now' made up for it twenty-fold. I'm still waiting for that rainy Saturday where I can bear to sit around drinking tea and reading. Maybe next week!
Posted by Catherine at 16:50